Silent Keys
Their tubes may no longer glow, And their transmitters no longer send;
Their keys are still and silent now, But their signals will never end.

Ham shacks now are silent and lonely, Their letters are no longer aired;
So let us not forget their calls, Nor the time together we shared.

Their souls are now of the stars, As are the signals they did send;
Their calls are traveling the heavens, On and on they go for time without end.

The MCARC is thankful for these our beloved friends and the contributions they made to our lives.

(Most of the names, call, and date line above the pictures have links that go to another page of pictures.
These can be a little long download on dial up, but very well worth the wait to remember our friends.) 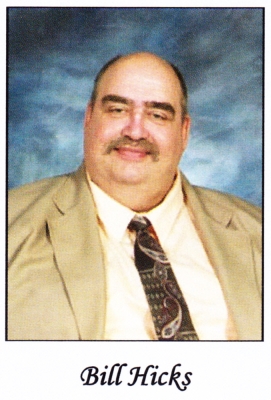 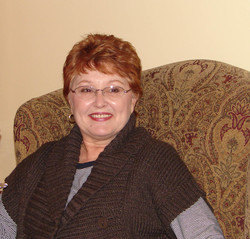 SK: Ralph Alfieri, KM4EDE, RPh, 85 of Etowah, TN and formerly of Belleville, passed away on Friday August 2, 2019 at his home. Born in Jersey City, he was the son of James and Lillian (Fogen) Alfieri. Mr. Alfieri resided in Carlstadt, Glen Ridge and Belleville before going to Tennessee 6 years ago. Ralph was a Registered Pharmacist and owner of Myerson Pharmacy in Union City and later was employed for many years at White Oak Pharmacy in Nutley and Pomarico Pharmacy in Jersey City prior to retiring. He earned a Bachelors of Science Degree from Rutgers University in Newark and was a U.S. Navy veteran serving as a Hospital Corpsman at the Naval Hospital in Philadelphia.
Ralph is survived by his beloved wife, Rev. Grace (Lombardo) Alfieri, his children, Stephen Alfieri and his wife, Mary, Laura Mancinelli and her husband, Pete and Lisa Alfieri, his grandchildren, Victoria Weaver and her husband, Mark and Nicholas and Vincent Alfieri and his great granddaughter, Juliet Rose Weaver.

SK: Ronald L. Melton, age 72 of Athens, passed away, Friday, January 24, 2020 at his residence. A native and life-long resident of McMinn County, he was a son of the late Edward Leroy "Roy" and Jo Frances Arrowood Melton and was preceded in death by a sister, Sonja Jo Melton. He was a member of Bethlehem Baptist Church in Monroe County and a former employee of Y-12, Olin Chemical and retired from NGK. He was a veteran of the U.S. Army having served during Vietnam. Survivors: 1 brother and sister-in-law, Donald A. and Liz Melton of Athens; 2 Aunts and Spouses, Jackie and Carlos Hammond of Athens, Judy and Jim Bridges of Knoxville 1 Uncle and Spouse, Willard and Libby Arrowood of Cartersville, GA. Several nieces, nephews and cousins Graveside services will be 3:00 PM Tuesday, January 28, 2020 at McMinn Memory Gardens with Rev. Bill Hennard officiating.

Thomas David Brakebill, KE4YWQ, 75, of Niota passed away on Thursday, March 26, 2020, at his home from natural causes. He was born in Knoxville on Feb. 13, 1945, a son of the late Lewis and Allie Brakebill. He was a member of the Army National Guard. In addition to his parents, he was preceded in death by granddaughter, Rachel Lynn Holtz; stepdaughter, Carolyn June Carter Stringfield; and step-grandson, Joseph B. Stringfield. He is survived by his wife, Eunice Brakebill; four children, Bobby Joseph Brakebill, Mary Yvette Brakebill Yates, Shannon Dawn Holtz and Michael David Brakebill; 10 grandchildren; nine great-grandchildren; one brother, Ronnie Dean Brakebill; and numerous other extended family members and a host of special friends. There will be no formal services at this time. You can, however, share a memory of Thomas and/or your personal condolences with his family by visiting his memorial web page and guest book at www.companionfunerals.com Companion Funeral Home of Athens is honored to assist his family with these arrangements.

LARRY ALVIN FAIN, age 77 of Athens, Tenn. passed away Thursday, August 20, 2020, at his home with his loving family. He was a native and lifelong resident of McMinn County and preceded in death by his Father: Alvin B. Fain. He attended grammar school and high school at Tennessee School for the Blind in Nashville and had a Bachelor of Music Cum Laude UTC and was a piano teacher and piano tuner. He was a well known pianist, played with the Gospelaires and The Country Sounds for many years. He was an active member of the Athens Ham Radio Club for many years and enjoyed family and Religion. He was of the Baptist Faith. Survivors: Mother: Isabell M. Fain of Athens, Tenn., Sister and Husband: Kathy Case Staub and Chuck Staub of Athens, Tn.., Special Nephews: Dan Staub of Atlanta, Ga., Jason M. Case, J. Adam Case and wife: Laura, Two great nephews: Wyatt and Bryson Case all of Athens, Tenn., Niece: Lauren Staub Yates and husband: Cade Yates of Atlanta, Ga. and Devoted Friend: Peggy Fain. Due to COVID Pandemic a private funeral service and graveside service will be held. The family will receive friends from 4-6 Sunday, August 23, 2020 in Laycock-Hobbs Funeral Home. The family request everyone observe COVID Guidelines of Safety. Active pallbearers will be Chuck Staub, Jason Case, Adam Case , Wyatt and Bryson Case. Thank family would like to send a special thank you to Dr. Charles Cox and Staff, Amedysis Team and Mary Lovingood for their kindness and care during this time. Condolences may be sent to www.laycock-hobbs.com/notices/Larry-Fain Laycock-Hobbs Funeral Home, Athens, Tn. in charge of arrangements. To send flowers to the family or plant a tree in memory of Larry Alvin Fain, please visit our floral store. Services VISITATION Sunday August 23, 2020 4:00 PM to 6:00 PM Laycock-Hobbs Funeral Home 521 N. Jackson Street Athens, TN 37303

This page was started in Feb. 2006. If you have SK info on MCARC members you would like included
email. kg4fzr@yahoo.com